skip to main | skip to sidebar

i am sure a lot of folks are realising that just calling something 'dubstep' doesnt automatically make it good.
my second job was working in a dub record shop in Goldhawk Rd, and i was heavily into the on-u sound scene in the 80s and in particular the London dub scene with Singers and Players, Bim Sherman, Noah House of Dread, African Head Charge, and so when dubstep arrived a couple of years ago, i was sceptical. But there is some amazing music being made here, and for me the shining light in amongst it all, is ramadanman and this is brilliant. such a good understanding of architecture of beats, building a tune.

Posted by bellaunion at 14:32 No comments: Links to this post 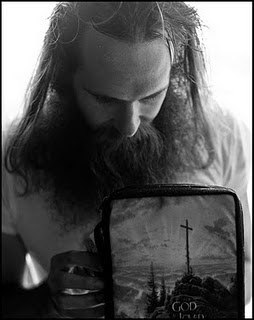 one of my favourite artists of all time.
we worked together on his band Lift to Experience who were signed to Bella Union.
he has a new label now and i am excited to hear his new lp when it lands.
i found this online and thought i'd share it with you
Posted by bellaunion at 07:44 2 comments: Links to this post

like all the loveliest of things, this just 'happened'.
matt and kate, who are animators who go under the banner of She Animates, loved Peter Broderick's music and started making a little film inspired by it.
Then they wrote to Peter and asked rather than them just be inspired by him , whether he'd like to compose the music FOR it!


a year is round from she animates on Vimeo.
Posted by bellaunion at 06:30 No comments: Links to this post

Posted by bellaunion at 16:34 No comments: Links to this post

for the longest time, one of the longest one-shot opening sequences in movie history and shows Welles, as does the whole film to be one of the greatest exponents of film noir in history. He also played a truly ugly character Hank Quinlan in the film which for me only adds to his legend....

Posted by bellaunion at 16:30 2 comments: Links to this post

from minneapolis this is from what i can discern is the work of one Anders Carlson who sounds pretty darn fantastic to this man's ears...

Posted by bellaunion at 16:23 No comments: Links to this post

Overtime (a tribute to Jim Henson by Damien Ferrie)

one of the most incredible short films you'll ever see...
i watch it at least once a month whenever i think about making a film..
Posted by bellaunion at 13:58 No comments: Links to this post

this is something to behold......watch full screen, action from around 5 minutes

I work with alot of young bands and even after 13 years of doing this, there’s still something magical about that moment when ALL the shit you know a band went through suddenly is forgotten when they hit upon that one mystery thing that unlocks the door that seemed so determinedly shut for so long. I first heard Maria Linden’s music about 2 years ago and even though her bedroom demos were not ready for release, we both knew there were certain things that were SO great about the demos (the excitement, energy, the excess, the edge..) but also knew what was wrong with them! Because this music is so much about the vibe, the atmosphere, the subtle balances of music and voice, it is not straightforward how to get it right. So many things can go wrong when you take demos like this out of the bedroom..
We found a studio in Poland that seemed to have lots of analog equipment, seemed a cool place to retreat to and Maria who is from Sweden, bravely headed off there on an adventure. The studio and experience probably wasn’t quite what Maria hoped for if I read the situation right, and yet Maria knew that the recordings were good and with the right mixer would be amazing. I know exactly the difficulties that followed and over the next year, Maria tried 6 different people, all fantastic in their own right, but unable to get what Maria and I knew it should sound like. I never doubted she’d get there but I am sure she must have had some dark days…wondering if anyone would be able to take out what was in her head and make it a reality…...but today she sent me the first 2 mixes, done by a feller called Hans Olsson, who worked with The Soundtrack of Our Lives, Wildbirds and Peacedrums, and as they were mixed at svenska grammofon studion one of the best studios in sweden, I had a feeling from the tone of her mail that she was quite happy….? Well holy fuck people, remember this moment, that i am telling you that I BREAK HORSES, Maria Linden’s band, are creating something that will change our lives for the better….if you love Washed Out, Wild Nothing, My Bloody Valentine, Boards of Canada, Mogwai, Cocteau Twins, Sigur Ros, but have never found a band for a long time that made you FEEL like hearing those bands made you feel, you just found it. I BREAK HORSES, it just made my weekend and my weekend was already made! you can hear an early mix of 'Wired' here now:
I Break Horses - Wired by Bella Union
Posted by bellaunion at 14:38 No comments: Links to this post

the album 'Golden Sea' will be out on Oct 18th.

to whet the appetite, you can hear the song 'Garden Grow' here


Our Broken Garden - Garden Grows by Bella Union
Posted by bellaunion at 14:12 No comments: Links to this post

i love the originality of this band


and this video rules...


Sea of Bees is one of my favourite artists of the moment.

i wanted to sign her but couldnt..simply cos my label is just so damn (good) tiny and we dont have the damn room.
one day we will work together...

till then enjoy one of her great tunes here

Peter Broderick is back...

after some shitty year in agony from a knee problem, peter returned to Portland and had an operation. It didnt make things much better and the only answer was to do nothing for 3 months...

the album peter had recorded, and was due to tour had to be shelved for a while, as he literally couldnt walk.

this period of enforced inactivity lead Peter to write some sparse songs to reflect this time, and managed to get into a studio for one day, whereupon he recorded the whole album and mixed it all in this one day!
the result is How They Are which Bella Union will release soon..

a little home made video Peter constructed from 3,446 stills he took during his recuperation is posted on his website now. The song is the opening track of the new lp called Sideline, here it is..

Posted by bellaunion at 12:15 No comments: Links to this post

new stuff for us to love..

Posted by bellaunion at 12:07 No comments: Links to this post

new stuff for us to love again...

Coma Cinema - Only from Tyler T Williams on Vimeo.

http://comacinema.org/sounds.html
Posted by bellaunion at 12:01 No comments: Links to this post

bellaunion
bella union is a very small record label so rad it radiates radiance with radial radicalness. but you knew all that already! what you didnt know is that i am 7 years old and run it with the eyes of a child. when i get to 8 i am going to buy the bagpuss dvd and sign kate bush. simon raymonde (7)

www.bellaunion.com
this is a traditional recipe, made from napoli parma ham, seasoned with sea salt, the acorn and covered in tripe and onions. V popular with the locals.
www.twitter.com/bellaunion
a new addition to our menu, this is a short crust pastry made with 140 twists filled with unusual nuts, vetiver spices and a basilic cream.
www.facebook.com/bellaunion
this dish is from the adriatic midlake region and is made with fresh seaweed and feta cheese. Drizzled with olive oil, it is mouth-watering.